Per a friend’s idea, I arranged and uploaded an overly flourished cover of a familiar nursery rhyme tune. It was a fun challenge, and I’m hoping that this sparks a series of covers that will continue until who knows when. Along with each cover, I plan to write out a companion post on this blog to share my creative process, so here’s my first one!

I started out this cover as I normally do when trying to figure out an arrangement: by just noodling around on the keys. I’d recently been working on Earl Wild’s arrangement of “Embraceable You”, so the idea of having arpeggios wrapped around a melodic line was still fresh in my mind. I decided to try and implement something similar for this nursery tune.

I eventually wrote out an idea for the chord progression using GoodNotes 4, which conveniently has a blank staff paper template. I placed the main melody in the middle line, and used the surrounding staves to designate the notes I wanted to arpeggiate. 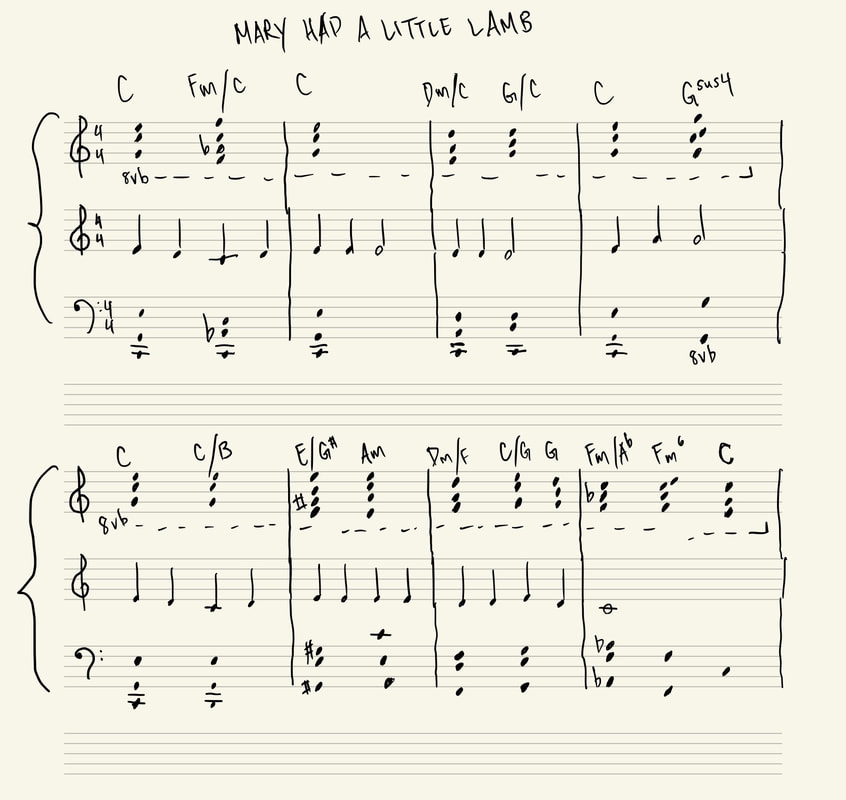 The recording process itself took nearly an entire afternoon. Even though this arrangement was only around half a minute, it was difficult to accurately play all the arpeggiated chords as they’re moving at a constant pace, and the added pressure of a recording device made it easy to tense up and miss keys. I did find that my best takes were the ones where I was consciously breathing before and during my playing; it helped me maintain a more relaxed hand posture for the flurry of runs.

I wanted to have a clean audio track without the clicky sounds from the plastic keys of the Kawai ES110, so I used Logic Pro X to capture the MIDI data directly from the digital piano. Basically, the keyboard would tell Logic what notes I was playing and how loud/soft/short/long I was playing those notes. 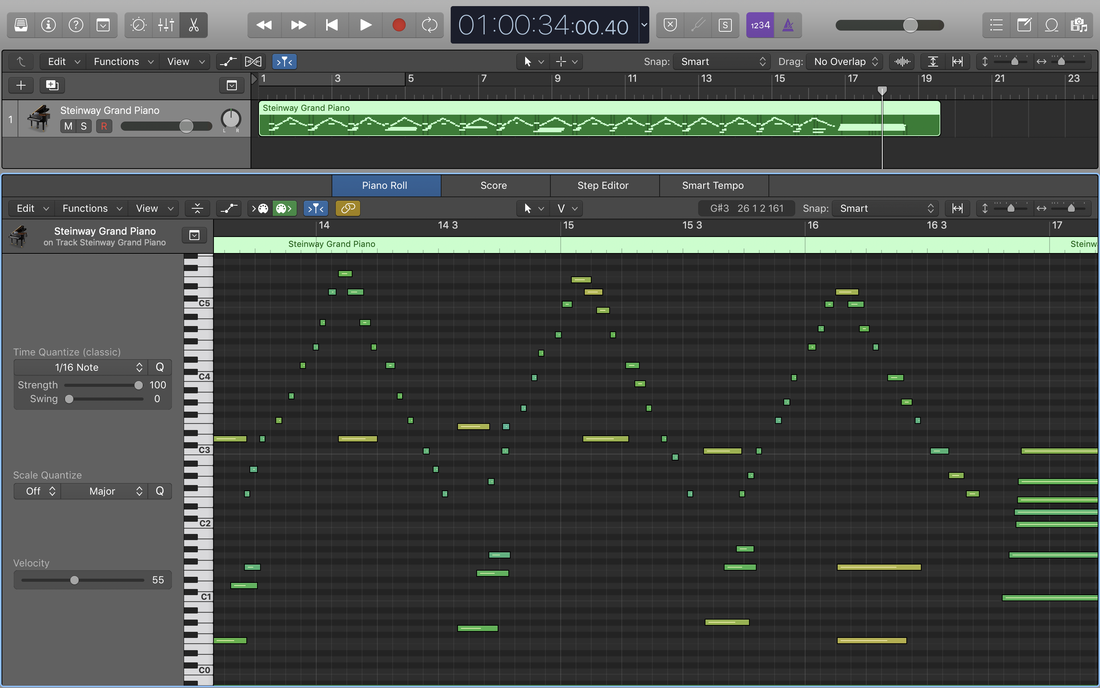 After bouncing the finalized audio file, I synced it up to the video using Final Cut Pro X, and also added in a simple title element as a finishing touch. Export, upload to IG, and done. 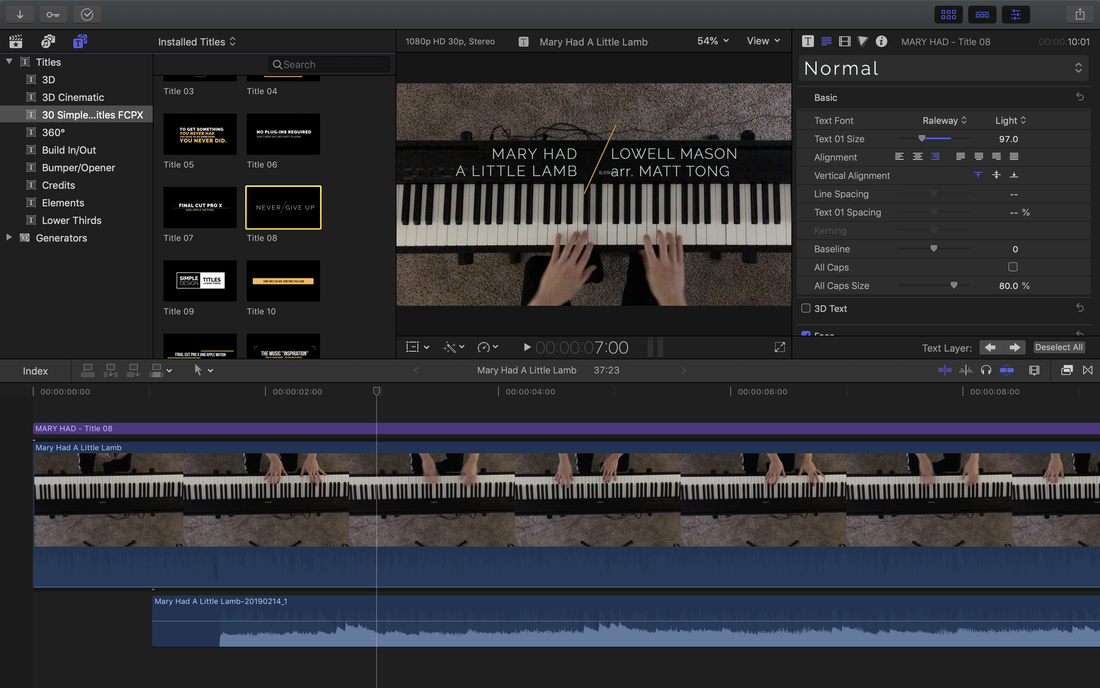 Thanks for reading, and look forward to more to come! Let me know if you’d like to see a more extensive post on how I used the audio and video editing programs.